UPDATE – 7.1.2020
Well what do you know, creating that Blog page was easier than I thought. Click HERE for future updates. More changes coming soon.

UPDATE – 6.30.2020
Until I get this web site, which is a work in progress, in some kind of order, I’ll be treating this front-page a bit like a blog. Updates will be posted here. 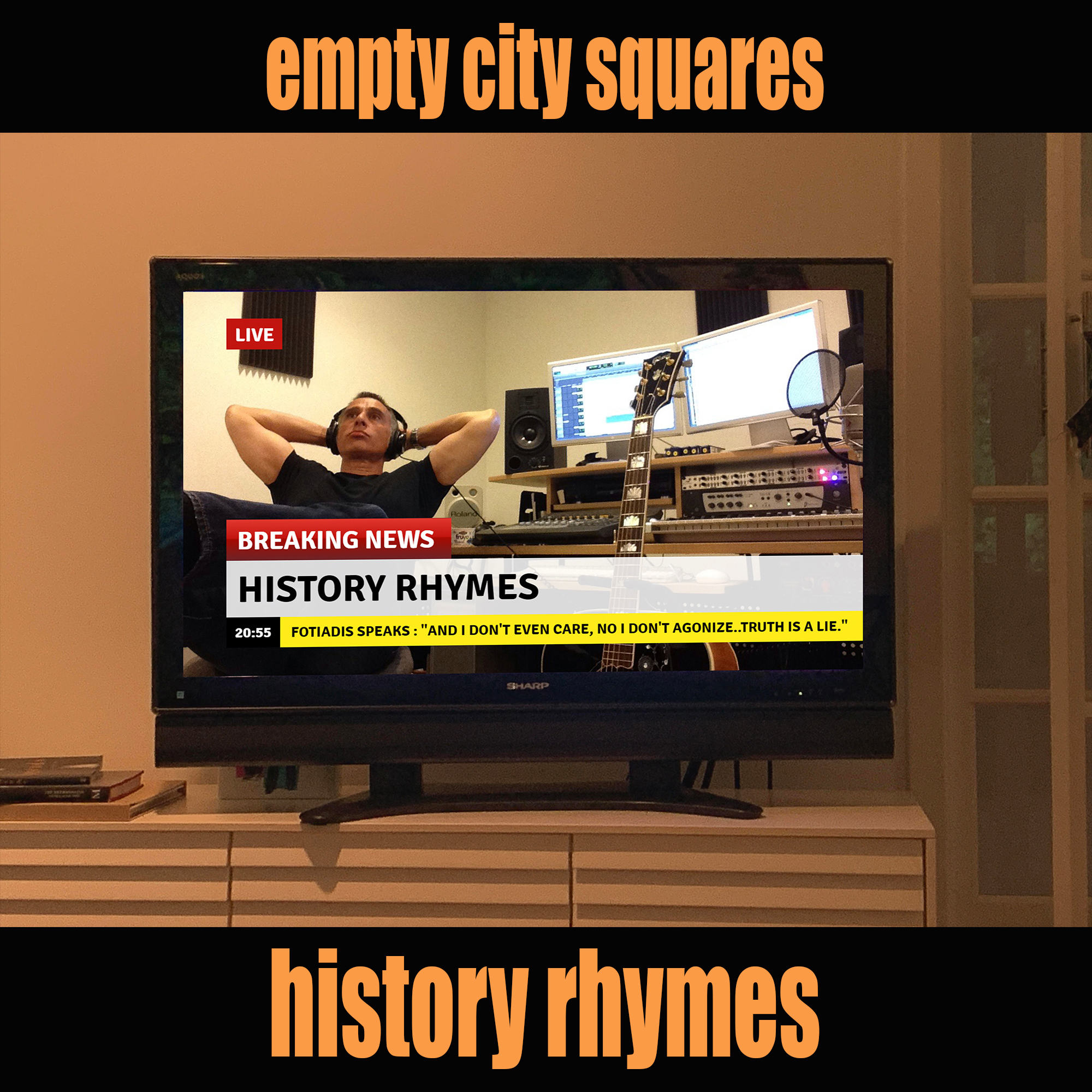 In June of 2018, she published two articles on me on CNBC’s website and tweeted away – touting her “scoop” for all the world to see and marvel at. You see, around the same time she had tried to contact me (in mid-April of 2018), I took down my Architecture firm’s (JFA’s) social media and website when I was asked to do so by my new employers, with whom I had just come to an agreement for employment. The timing of those two completely separate and unrelated events, may have been unfortunate, but far worse, was exploited by Wilkie in a rather pathetic attempt at self-aggrandizement, so as to create a news story where there was none.

Read Wilkie’s self-important and virtuous tweets (too many to list here). Although this one in particular is worth looking at: 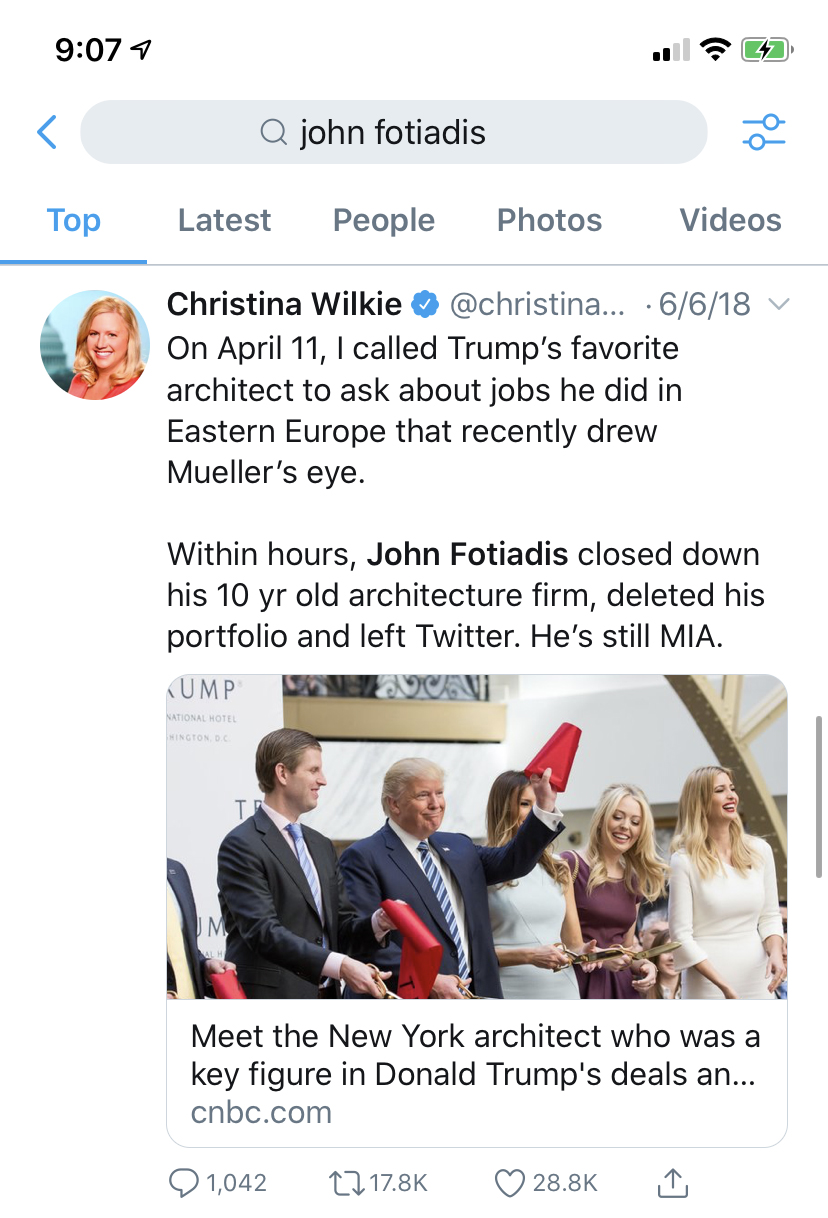 Needless to say this “scoop”, much like both of their inconsequential careers, has resulted in NOTHING (for the record, I WAS NEVER CONTACTED BY ANY INVESTIGATION, or any government agency or representatives of any kind). If I “drew Mueller’s eye” as Wilkie stated in the laughable tweet above, he certainly didn’t tell me. The “scoop”did inspire ME, however, to write an album about my experiences dealing with the fallout of targeted third rate propaganda masquerading as journalism.

You see, I may be an Architect, but I happen to be more. I don’t just design buildings. I also draw and paint.

In any case, I give you the first fruits of that exercise, “HISTORY RHYMES”.

The as of yet unnamed album that this song will come from, will be dedicated, in part, to these two oblivious and smug buffoons. Being manipulated caricatures by forces far greater than themselves, they seem sadly and pathetically unaware, in their bubble of bloated self-importance and corporate sponsorship, of what laughing stocks they really are, as they both (and many others like them in fact), continue to try to hopelessly, nay, desperately, grasp at relevancy in the name of some political cause or other, while drowning in a vast and ever growing sea of mediocrity. While Wilkie’s fictitious “scoop” got her on Maddow’s show not once, but twice, (Wilkie could’ve at least sent me a fruit basket). It seems some of the pseudo-intellectuals in our sacrosanct media haven’t yet realized that feigned moral outrage is SO 2016…

In the meantime, please listen, share, and consider what is being said in this song. I’m past the point of trying to “correct the record” regarding myself. It’s an exercise in futility. Much like trying to teach calculus to goat – it would result in nothing but cost – both money and more preciously and importantly, my time. I’d much rather spend some of my creative energy showing that these fools and others like them, who really have nothing but utter loathing and contempt for their audiences (hey, they wouldn’t be chronically lying if they didn’t), actually don’t realize that YOU are all just a bit SMARTER than they and their nefarious “sponsors” (both corporate and otherwise), would believe.

Hello All – In 2020, I plan on pointing this domain name to a new one (as yet unnamed) which will cover my broader creative work beyond architecture. Those interested will still be able to access the OLD JFA HOMEPAGE, and the link to the JFA PORTFOLIO OF WORK of Architectural projects, created during the firm’s active years from 2009-2017, from that new domain/website.

Those of you who know me, are probably aware that in addition to being an Architect, I write and record music and also draw. You can see the work I’ve done in both of these areas via the links below:

My ongoing musical project, “Empty City Squares” can be found at

You can see the recent Art project I’ve been working on “The Solace of Antiquity” at:

Finally, you can follow me and keep updated on all this creative work and more on twitter at @emptycitysquare .
I have a lot more Music and Art planned for 2020.

Thanks again to all my friends and acquaintances for showing their support during my recent media farce that felt more like a Harold Pinter play than anything else. I never “disappeared” folks, I simply chose not to respond to a “journalist”, and took down JFA’s social media and website when asked to do so by my new employers. The timing of those two completely separate and unrelated events, may have been unfortunate, but far worse, was exploited in a rather pathetic attempt at self-aggrandizement, to create a news story where there was none. Case in point, see THIS TWEET THAT HASN’T AGED PARTICULARLY WELL, and over a year and a half after being posted, has amazingly, still NOT been taken down or at least, amended (as of January 2, 2020). The intellectual dishonesty being showcased here is rather breathtaking. Here is a screenshot of the same:

Suffice it to say, my belief and understanding that journalism’s primary mission is to report objective and impartial facts, rather than to be used as a platform for bloated, sanctimonious virtue signalling and self-promotion, was severely tested.

Nevertheless, seeing as I haven’t “vanished”, I look forward to seeing you all online in the coming year.

All the best for a healthy and prosperous 2020!