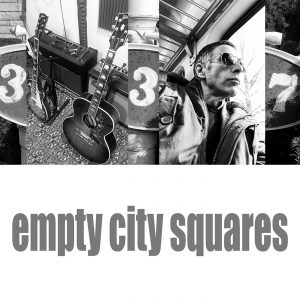 As the front page will attest, despite what certain self-appointed arbiters of virtue in the media and their wacko minions online would have you believe, I am very much present and accounted for and have been for some time.

While I work as an Architect, and draw and paint when the muse chooses to inspire me, as a multi-instrumentalist and songwriter over the last 15+ years, I’ve written, recorded and performed music for Indie Films, Theatrical productions, TV, and Podcasts most notably Gilbert Gottfried’s Amazing Colossal Podcast.

I love old Rock and Roll, Blues, Psychedelia, Art Rock, Prog Rock, Power Pop and a lot of music from the UK.

Empty City Squares is my sometimes real / sometimes virtual band. The band’s second album, “337” was released January 2019. and I’m writing a third, as of yet unnamed album, that I hope to release by the end of 2020.

You can stream my demos, older songs, and other project related music at Soundcloud:  https://soundcloud.com/emptycitysquares